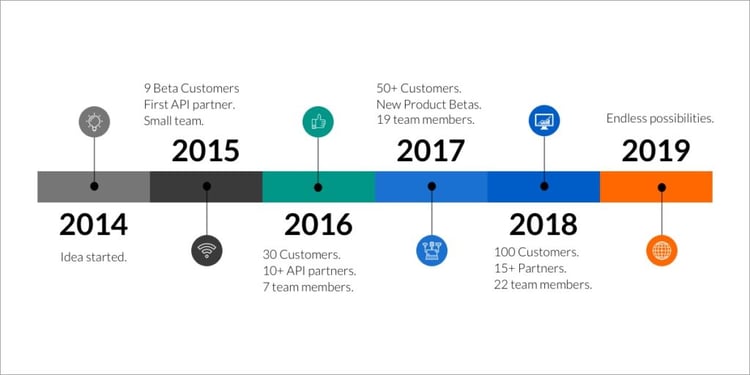 Everyone has their own version of how major life events occurred. When someone asks me and my wife how long we’ve been together, we never answer the same. Do you start from when we first met, when we started dating, when we got married? I have the same reaction when answering the question of “How old is CalcuQuote?” Do you count when the company was registered, when we registered the website domain, when we wrote the first line of code, or when we got our first customer? The CalcuQuote name was chosen and registered on April 18, 2014. From that day on, I have learned something new pretty much every day and couldn’t be more thankful for those that have been with us along the way. Below is a distilled list of the most significant lesson learned from each year of our startup journey.

YEAR 1: Ask for feedback and you shall receive

In April 2014, we had a company name (trust me, that’s one of the hardest parts). We also had a  few months worth of diagrams on whiteboards and were ready to put the ideas to the test. Over the course of the year, we built out the first version of CalcuQuote, adding more nuances and complexity. Our mantra of building something ideal had overwhelmed our timeline to complete the project. It was easy to keep building towards an ideal future and not show anyone our half finished product.

As the ideal version of CalcuQuote was slowly evolving, I read a book called The Lean Startup. This book forced me to re-think how we approached product development. The new mantra in CalcuQuote became “Real artists ship.”

With our new mantra, we had ongoing feedback that would drive the future of CalcuQuote. Every few days, we would work around the clock and release an update to CalcuQuote. After a release,  I would meet with a few EMS companies in my network and show them what CalcuQuote could do as of that day. Almost always, someone would say “I like it but it doesn’t do X” to which I would say “Give me a couple days, and we’ll get it built.” As soon as I got home from the meeting, we would reshuffle the priorities and work on X.

It was through this process that we incorporated leader/attrition calculations, AutoSelect and many other critical features that are at the core of what makes CalcuQuote uniquely suited for the Electronics Manufacturing Services industry.

YEAR 2: Pick up the phone

When we had two customers live on the software, we determined it was stable enough to start onboarding a few more customers. Never having done sales before, I didn’t know how to get started.

Through a string of good luck, I met a sales consultant who has since become a friend, mentor and investor in CalcuQuote. She advised me that I should create a short pitch, practice it and start calling customers. During each session, we would practice making calls, talk about how to handle various objections, and eventually formed a process around this. That is when we hired our first employee.

Each day we would call and email 100 companies and give them a short pitch. We got plenty of rejections, but we learned and improved from each one. You know that cliche saying “Practice makes perfect”? It’s a cliche for a reason.

YEAR 3: Focus on the customer’s business, not yours

By year three, things were starting to click. We were steadily gaining a couple customers each month. We had a small but passionate team. As the business was picking up steam, we found ourselves reaching a desire to join the startup community in our local network to help us learn and further our growth. We went to start up pitch competitions, networking events, and started saying “yes” to any idea that a customer came up with.

There are lots of events out there for “things a startup should do”. Being involved in the startup community is great (especially in Dallas!) and can be very fulfilling professionally and personally. However, upon reflection, we saw that the whirlwind of being a “startup” was not how we would grow our customer base.

We realigned, started attending more EMS industry trainings, visiting customers, going to trade shows, and situated ourselves with the industry that we were designed for.Our team started focusing on and obsessing over the problems our customers and their industry faced. Our in-app chat function (powered by Intercom) became our direct line to the customer’s voice.

In our fourth year, we had figured out a process that worked and needed to put the pedal to the metal (bear with us and our cliches, they make life more fun). Our goals for the fourth year were very aggressive in product development and sales. Naively, we thought that we could scale by doing MORE of what we were already doing.

Ultimately,  the lesson here was that we always need to keep a scientific attitude about our approach. If we try something and it doesn’t work, we should be open to saying “let’s abandon that and try something else.” Of course, this was much easier to do in year one than it was in year 4, but if anything, it was even more important in year 4.

Since this realization, we try to make it a point to treat any changes in our application, process, sales, or other area as an experiment: what is the problem we are trying to solve, what is our hypothesis and how will we know it is working?

YEAR 5: Looking further in the future

As we close out the fifth year of CalcuQuote, it’s almost surreal that we’ve become a well known name in the industry. Thousands of quotes are done in our system each month and hundreds of users rely on CalcuQuote to perform their jobs. Some of our customers have even added CalcuQuote as a skill to their job requirements and resume!

So what comes next? One of my mentors used to describe the lifecycle of a startup in terms of planning horizon. In year 1, if you asked me what CalcuQuote would be doing in the future, I could only speak to the next couple weeks. By year two, that had extended to a month or two. As of year 5, the planning horizon has extended far enough to where we can actually have clear inputs to determine a long term strategy. The lesson learned (in hindsight) here is that a lot of the planning work we were doing in year 1, while important to shaping a direction, was not likely to come to fruition. Year 5 is when we started to see our macro planning activities align with the actual outcome of the year.

This blog is by no means a listing of everything we have learned in the past five years, but we know that there are plenty more lessons to be learned as we continue on this journey. Got any tips based on your own experiences? Want to talk more about what CalcuQuote has learned along the way? Let’s grab lunch and taco ’bout it.

Closing this decade. A look into the last year.

What a year it has been. Really, what a decade it has been. CalcuQuote began in the middle of this decade and it’s been a whirlwind since the beginning.... 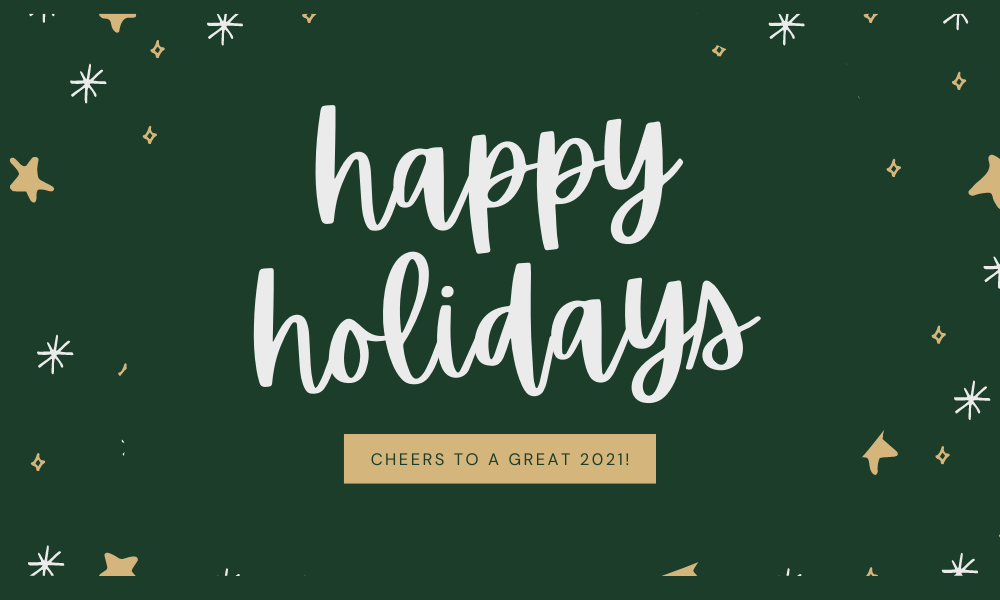 Our Year in Review

In our reflection of this decade of a year, we wanted to share some good news and...